Grease is a solid or semisolid liquid lubrication. Lubricating grease consists of 65 to 95% base oil, 3 to 30% thickener, and 0 to 10% additives. The main function of grease is to provide lubrication without leaking and contacting the material. The functional properties of grease include better performance than oil, solid sealant, prevents leakage, and uncontrollable fluid level. The grease is used in multiple industries such as automotive and transport, chemical, food processing, wind generation, heavy equipment, steel, mining, general manufacturing, and others.

The Global Grease Market is expected to record a CAGR of ~5% during the forecast period (2022-2028). The market was to be the size of US$4 billion in 2017 and US$5 billion in 2021. Further, the market is forecasted to reach a size of US$7 billion by 2028. Increased automation in multiple industries and rising demand from the automotive sector is a driving factor for the grease market. 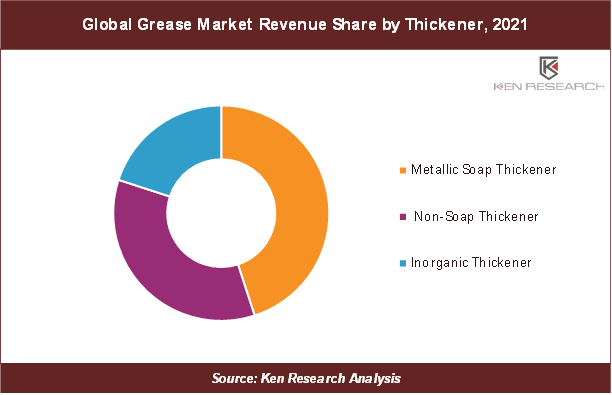 By Base Oil: Mineral oil segment accounted for the largest market share in 2021, as it used for multiple applications such as bearings, chains, gears, slides, and threaded connections. 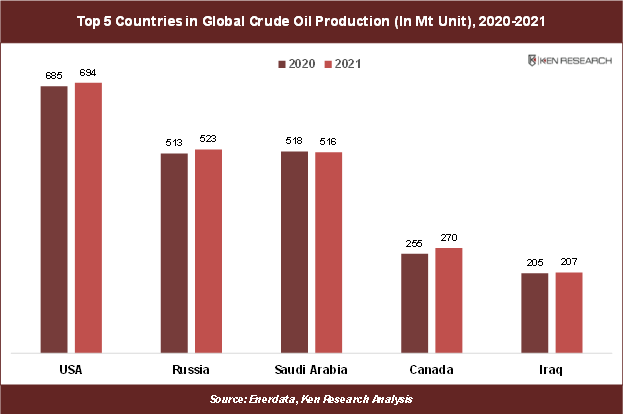 By End-User: Automation and transportation dominated the end-user segment in 2021, as grease is used in lubrication of suspension, chassis, arm-shafts, u-joints, and others. 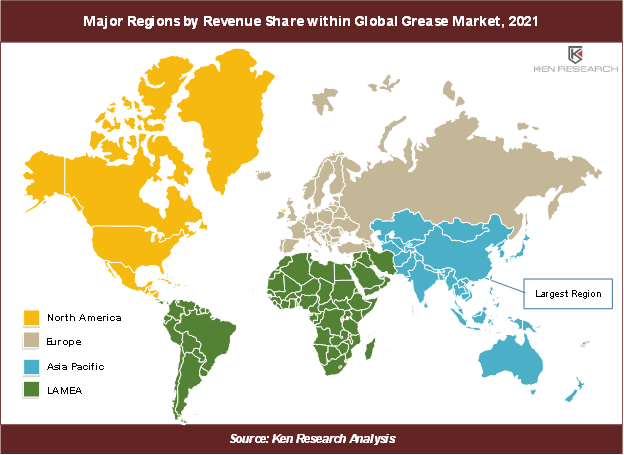 Talk to Our Expert for Report Customization

By Geography: The Asia Pacific accounted for the largest market share within the global grease market, accounting major chunk of total market revenue in 2021 as it houses most of the lubricating companies. 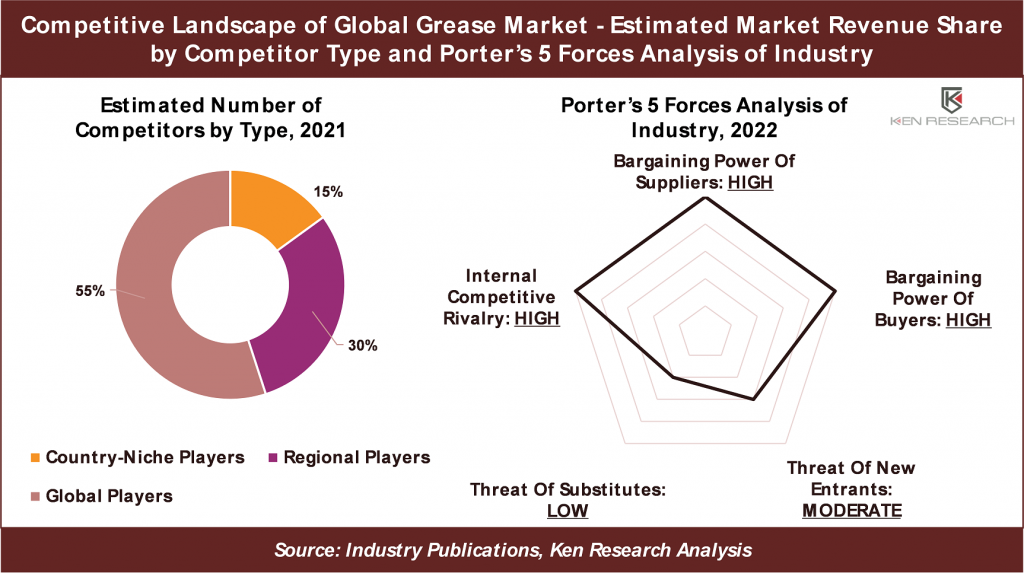 The Global Grease Market witnessed significant growth during the period 2017-2021, primarily driven by growing demand from the automotive industry, and rising end-user industries. Although the growth rate is expected to remain neutral in the forecasted period, the use of Grease is anticipated to remain strong as multiple industries required lubrication in machinery.

Note: This is an upcoming/planned report, so the figures quoted here for a market size estimate, forecast, growth, segment share, and competitive landscape are based on initial findings and might vary slightly in the actual report. Also, any required customizations can be covered to the best feasible extent for Pre-booking clients and report delivered within maximum 2 working weeks.

Ken Research has recently publish a report title Global Grease Market Size, Segments, Outlook, and Revenue Forecast 2022-2028 that is segmented by Thickener, Base Oil, and End User. In addition, the report also covers market size and forecasts for the region’s four major Region’ Grease markets. The revenue used to size and forecast the market for each segment is US$ billion.