The information technology (IT) sector of India is a very big one, which includes IT services, outsourcing, consulting, and e-commerce services, among others. The growth of the country’s IT industry started picking up in the early 90s, following the 1991 liberalization policies of the Indian Government. And, this particular growth has simply been phenomenal during the course of the preceding twenty years. Now, it would be appropriate to throw light on some significant aspects pertaining to India’s IT industry.

• It was in the year 1967 that the IT sector of India came into existence with the formation of Tata Consultancy Services, in Mumbai. Patni Computer Services was another big IT company of that time. In fact, for the subsequent decade or so, the IT operations in India were chiefly confined to only Mumbai.
• But now, the industry has expanded to various zones of India. These are the country’s primary IT centers: Hyderabad, Bengaluru, Chennai, Delhi NCR, and Pune.
• Till the recent past, most of the offices of the leading IT players were located only in the major cities of India. But things are now rapidly changing. There is a consistent rise in companies that have established offices in smaller cities and towns, as well.
• Similarly, Wipro Technologies, Genpact, Tata Consultancy Services, and Tech Mahindra are some of the leading players in the Indian IT Sector.
• It is interesting to note that approximately ten percent of the total GDP of India is attributable to the Information Technology Industry of the country. This is in stark contrast to the corresponding scenario of the late 1990s where; the IT industry’s contribution was just around 1.5%.
• Several experts have predicted that the market value of India’s Information Technology Sector would reach about US$20 billion, in the subsequent three years.
• In the last two decades, the Indian software and hardware industry was able to bring in an FDI (Foreign direct investment) of almost US$86 billion.
• The Information Technology sector of India has recruited almost 5 lakh people in the last year. We now have roughly 50 lakh people rendering services in the country’s IT industry.
• In the coming years, young aspirants are going to find it much easier to start their careers in big IT organizations. As a result of an initiative of the central government, the final year of a graduate program is going to be considered a year of R & D.
• Here, the students will be equipped with all the skills and up- to- date knowledge related to IT. Consequently, soon upon completion of the course, the candidates will have no hassles in getting employed in leading companies.
• Even the policies of the Government of India are boosting the development of the IT industry. For instance, the EOU and STP schemes of the Government provide tremendous encouragement to exports of IT services and products.
• It is worthy of special mention that even when the Covid- 19 severity was at its peak, the Indian IT sector was extremely resilient. It handled the pandemic crisis excellently and ensured that operations didn’t come to a standstill. Post-pandemic, the industry is recovering fast and is registering an impressive growth rate.
• It’s expected that several factors will contribute in a big way to further growth of the IT industry of the country. These include The advent of 5G, increased dependence on Big Data Analytics, Artificial Intelligence, the Internet of Things, and Cloud computing.

Living smartly covers helpful topics for being wise, healthy and financially sufficient and other aspects like culitvating wisdom, gifting, gift ideas, health protection, being sensible among other topics for smart living.

View all posts by Satjit kumar → 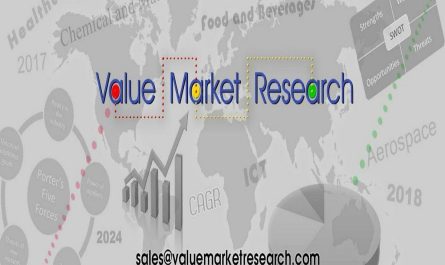