What Are The Dead Loads Of A Building?

Before establishing a concept of dead load, we must first consider what weight is. This is the force with which an object is attracted to the earth at the rate of gravity. This principle is basic, and must be taken into account when making calculations in a construction structure.

This is very important because the weight of the building should not be considered, but also the objects, materials and people that will be housed in it. So it is necessary to establish a good resistance for the construction.

On the other hand, the loads that fall on the elements are structural members of the building. Such members are built with a type of material and a certain volumetric shape. This is due to the fact that each one exerts an effort within the behavior of the building according to the application of the loads.

Types of Dead Loads in Buildings

Within a building, there are two types of structural loads: live loads and dead loads.

In the case of live loads, these are those that do not have exact knowledge of the position, size and quantity. Therefore, a statistical estimate is made that helps to foresee the impact of these on the structure. So, they will be live loads such as people, snow or wind.

If you build a building strong enough to support all kinds of loads, including your own, then it is guaranteed to have a much longer life. Of course, you also have to consider the maintenance that the structure needs as dead load.

The main characteristic of a dead load is its weight. However, we can determine the dead loads of a building, taking into account the following aspects:

Examples of Dead Loads of a Building

Taking into account the characteristics of the dead loads of a building, some examples are:

Calculation of the Dead Loads of a Building

Taking into account that the loads are defined according to the weight of the objects that are inside the building, then the estimate depends on the quantity of these. Therefore, all information that can be collected about the materials that will be used in the construction project is required. That is why the experience of a calculator is essential in order to obtain the most accurate results possible.

In general, before starting the project a preliminary estimate is made. This will be modified over time according to changes and revisions that the project has. Therefore, it is necessary for the calculation engineer to have all the information about the materials. In this way, these modifications can be reduced to the maximum.

The engineer to make the calculation, having as reference both the regional and national standard on construction. And it is that, according to the regulations, a weight is assigned to each material. And if not, then follow the approval technical sheets in each case.

Units of charge are calculated by area force. This international system is expressed in Newton (N), unlike the British system which is expressed in pound or free/force. Meanwhile, a 1Kn is the same as 1,000N.

Units of charge are calculated by area force. This international system is expressed in Newton (N), unlike the British system which is expressed in pound or free/force. Meanwhile, a 1Kn is the same as 1,000N.

Now, the total dead load is obtained by adding the individual weights of the construction elements. Using the table of densities and weights, the professional calculates the dead load of the structure according to the dimensions. But, if the structure is a beam, then the weight of the material is multiplied by the cross-sectional area.

Examples of Calculation of Dead Loads of a Building

Using a T-shaped surface as an example, the multiple dead load is calculated.ing the weight times the cross-sectional area. It is worth mentioning that this charge is expressed in force per unit length. However, it should be noted that the measurements must be expressed in feet, so if necessary, the conversion must be done.

Since the beam has two pairs, then the weight must be multiplied by each of the areas, and the results added together. But to avoid so many complications, it is best to hire a calculation engineer to carry out such operations.

View all posts by Kaushal Prajapati →

Top Challenges of Selling Your Pensacola House in Poor Condition 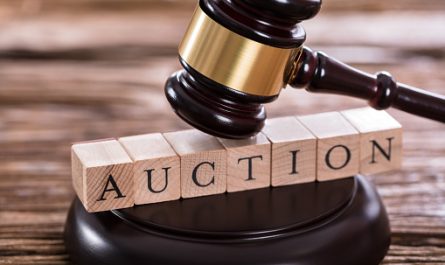 6 Helpful Tips Before Bidding at a Property Auction