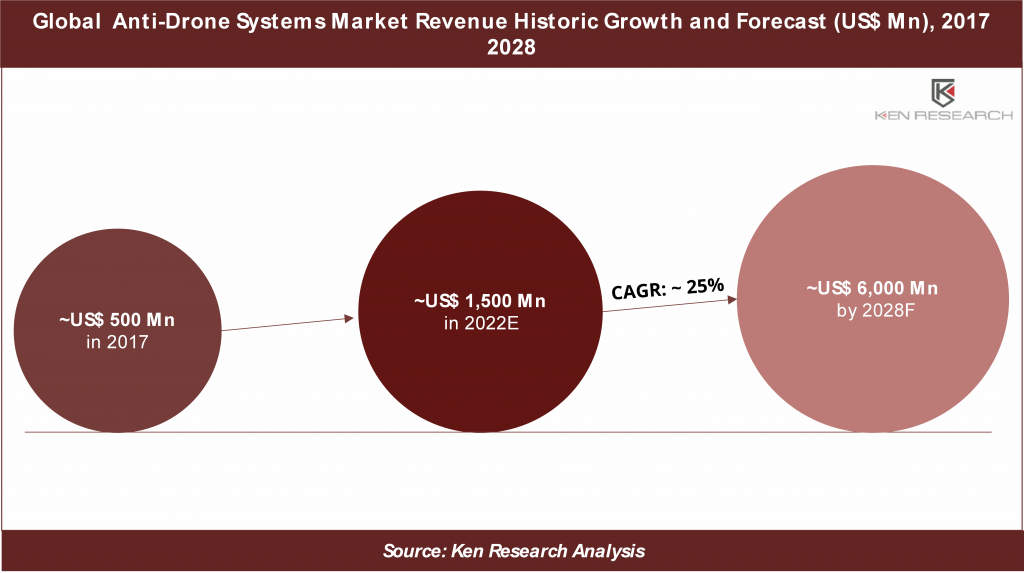 By System: The detection segment held the largest market share of the global Anti-Drone systems market in 2021.

By Technology: The laser system segment held the largest market share of the global Anti-Drone systems market in 2021.

By End-User: The military & defense segment held the largest market share of the global Anti-Drone systems market in 2021, owing to the increasing government initiatives to adopt counter-drone to monitor terrorist activities. 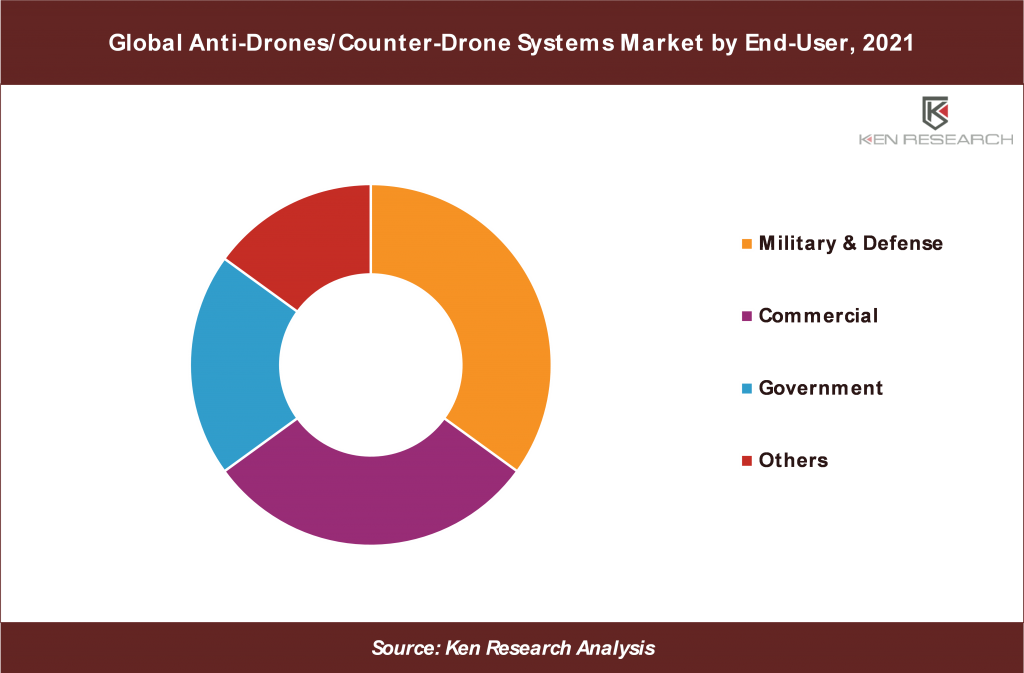 By Geography: North America accounted for the largest share of the global Anti-Drone Systems Market in 2021 and will remain dominant during the forecast period (2022-2028). 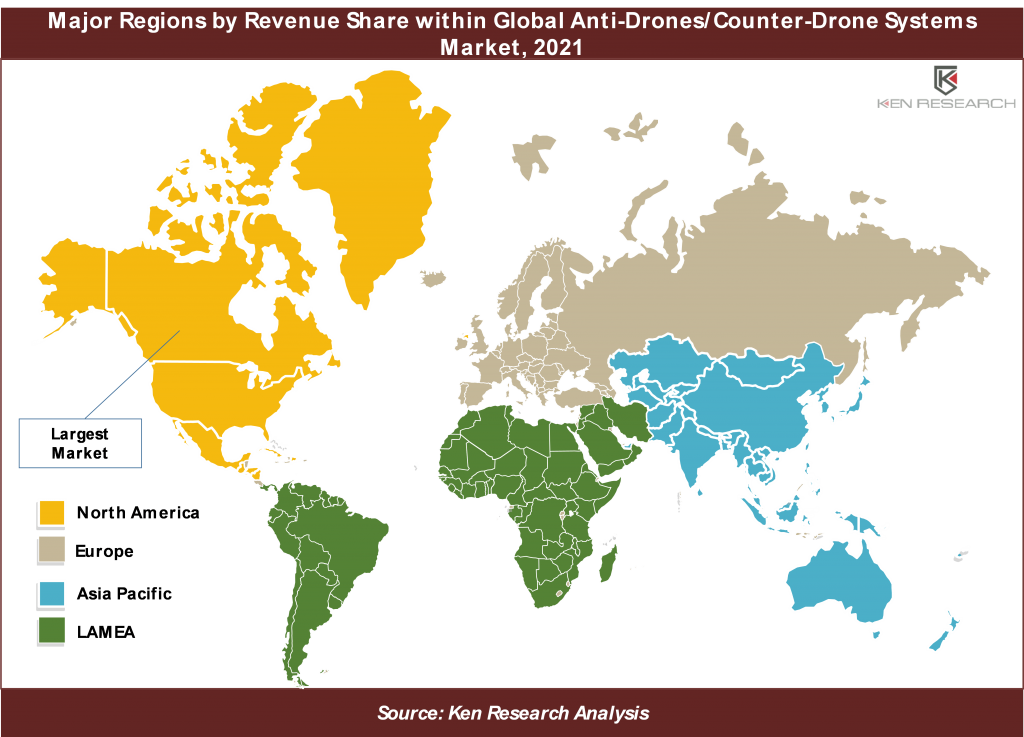 Country-Niche players comprise about ~45% of the competitors, while regional players hold a share of ~35%. However most of the regional and country players are either suppliers of components or assembling partners of global players. Some of the major players in the market include Israel Aerospace Industries Ltd., Leonardo S.P.A, Rafael Advanced Defense Systems Ltd., Droneshield Ltd., Liteye Systems, Inc., Dedrone, DeTect Inc.,  MBDA, Battelle Memorial Institute, Saab Ab, Boeing, Drone Defense and among others.

The global Anti-Drone systems market is forecasted to continue the exponential growth that is witnessed since 2017. The major driving factor contributing to their expansion is the rising adoption of advanced technologies, including artificial intelligence (AI), and machine learning (ML) across industries and increased application areas, including military and defense, aerial imaging, cargo management, and others. Though the market is highly competitive with ~150 participants, few global players control the dominant share and regional players also hold a significant share.

Note: This is an On-Demand/Planned report, so the figures quoted here for a market size estimate, forecast, growth, segment share, and competitive landscape are based on initial findings and might vary slightly in the actual report. Also, any required customizations can be covered to the best feasible extent for Pre-booking clients, and the report delivered within maximum 2 working weeks.

Ken Research has recently published report titled, Global Anti-Drone Systems Market Size, Segments, Outlook, and Revenue Forecast 2022-2028. In addition, the report also covers market size and forecasts for the four major regions’ Anti-Drone markets. The revenue used to size and forecast the market for each segment is US$ billion.