Growth of Internet Economy to Drive Data Center Growth: The growth of the digital economy in Indonesia is expected to reach USD 150+ billion in 2025. With the growing internet economy, the demand for data services and infrastructure is expected to increase exponentially in Indonesia.

New Entrants: New entrants will provide a major boost to market growth during 2022-2026, supporting the wholesale needs of local enterprises and cloud service providers in the region. Companies such as Space DC, PureDC and more are currently building their facilities in the country.

Emergence of 5G Technology: The emergence of 5G technology in Indonesia is likely to grow the adoption of IoT-enabled products in the Indonesian market further contributing to the development of data center industry. Analysts at Ken Research in their latest publication “Indonesia Data Center Market Outlook to 2026- Growing Tech Savy Population, Internet Penetration Rate and Rising Number of Facilities to Drive the Indonesia Data Center market in the near future” believe that the data center industry in Indonesia has been growing and is expected that it will expand further owing to the rising number of data centers, surge in demand for local data centers, attractive investments from hyper scale cloud providers, additional services provided by the companies such as cloud services, data recovery, security services, cross connect and others. The market is expected to register a positive CAGR of 24% in terms of revenue during the forecast period 2022F-2026F. 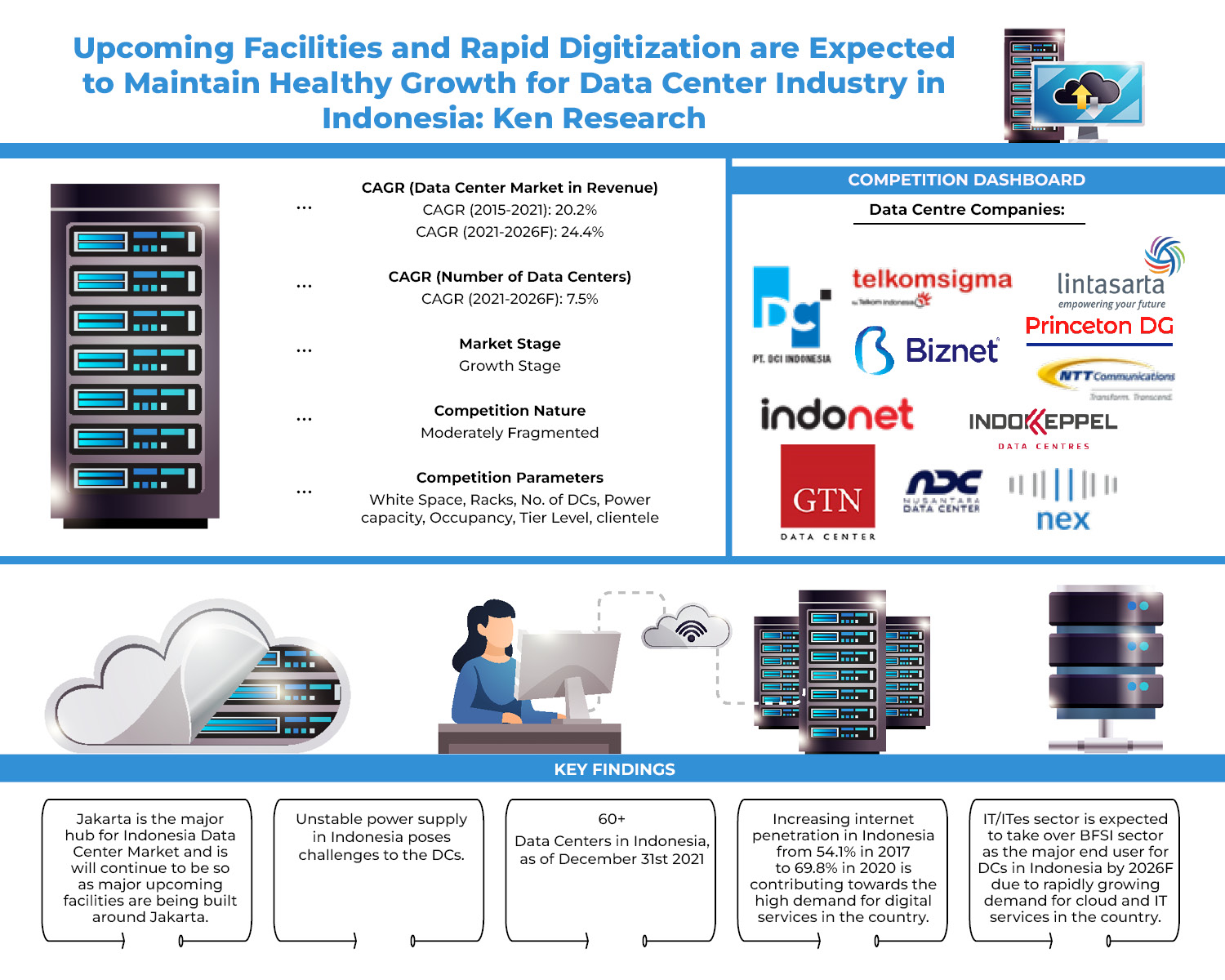 By Type of Data Centers:

Time Period Captured in the Report:

Key Topics Covered in the Report

Demand & Supply Side Ecosystem of Data Center Industry in Indonesia

Number of Data Center in Indonesia

Pricing for Data Centers in Indonesia

For More Info on the Research Report, Click on the below link: –