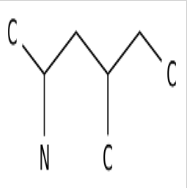 Dimethylamine is a drug that is synthesized in a laboratory. It was originally used as a nasal decongestant. Today, dimethylamylamine is sold as a dietary supplement for attention deficit hyperactivity disorder (ADHD), weight loss, improving athletic performance, and fitness.

Some products claim that dimethylamylamine is naturally derived from rose geranium oil. Supplements containing this ingredient sometimes list rose geranium, geranium oil, or geranium stem on the label. However, laboratory analysis indicates that this drug may not have come from this natural source. These manufacturers are thought to have artificially added this drug to supplements rather than obtaining it from a natural source. Dimethylamine is considered a drug in Canada and is not allowed in dietary supplements or natural health products.

Many athletes take dimethylamine to enhance performance. However, dimethylamylamine was included in the World Anti-Doping Agency’s 2010 list of prohibited substances and, therefore, should be avoided by competitive athletes.

Dimethylamylamine has been temporarily removed from U.S. military stores due to safety concerns. It is also banned in New Zealand. Its use has been associated with several reports of serious, life-threatening side effects.

How does it work?

Dimethylamine is thought to have a stimulant effect similar to that of decongestants such as pseudoephedrine and ephedrine. Some promoters say it is a safer alternative to ephedrine. However, there is no scientific information to support this claim.

View all posts by ALEX may → 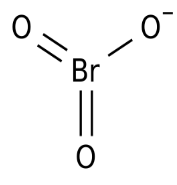 Why Travel and Tourism Industry Need to Have Mobile App